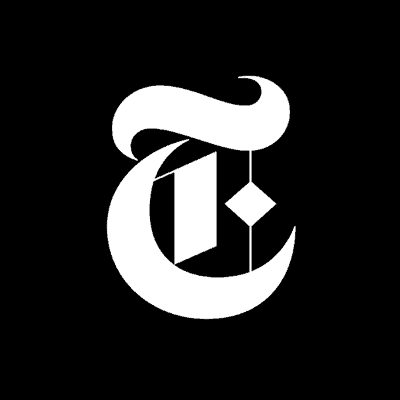 Ed Dudensing, a Sacramento elder abuse attorney who has represented several clients against the chain’s homes (including Rosewood Post Acute) said he had deposed more than 30 current and former employees of North American Health Care in recent years.

Sacramento attorney secures a $2.5 million recovery against a hospice provider for elder abuse

Mr. Dudensing said: “Today’s announcement affirms that hospice companies do not get a ‘free pass’ for their neglect simply because the victim may be at the end of her or his life. All Californians are entitled to live and die with respect and dignity and we should not — and will not — tolerate their neglect simply because they may be at the end of their lives.”

April 24, 2013 — Mr. Dudensing announced that he has secured a $6 million recovery on behalf of the family of a loved one who suffered a fatal fecal impaction as a direct result of the reckless neglect of a skilled nursing facility in the Los Angeles area.

After taking in excess of forty depositions in the case, Mr. Dudensing uncovered widespread falsification in the record that was corroborated by a forensic document examiner. The $6 million settlement is believed to be one of the largest non-jury trial recoveries in a single plaintiff elder abuse case in the history of the state of California.

“The victim in this case died a horrific death from fecal impaction and then the nursing home chain tried to cover it up by falsifying records and lying in depositions,” Dudensing explained, “this settlement sent a message to the nursing home chain that Californians will not tolerate the reckless neglect of some of the most vulnerable members of our community.”

Mr. Dudensing announces that he reached a settlement of $2 million to compensate the family of a deceased elder

March 12, 2013 — Today, Sacramento nursing home abuse lawyer Ed Dudensing announces that he reached a settlement of $2 million to compensate the family of a deceased elder for the pain, suffering, injury and death that their mom suffered at the hands of a residential care facility.

At issue in the case was a pressure ulcer that the resident acquired while in the facility and which deteriorated to a Stage IV bedsore while she was under the facility’s care.

May 25, 2012 — Mr. Dudensing has secured a recovery of $1 million for a retired superior court judge who suffered a severe pressure sore after a residential care fails to monitor plaintiff’s skin resulting in a severe pressure ulcer.

May 15, 2012 — Today, Mr. Dudensing has announced a recovery of $1.7 million on behalf of an 83 year old plaintiff who suffered severe dehydration at a Sacramento area skilled nursing facility. “The facility knew that the victim in this case was at high risk for dehydration and yet inexplicably failed to monitor his intake and output,” Dudensing explained. With this recovery, Dudensing held this multi-facility nursing home chain accountable for its wrongdoing.

January 15, 2012 — Dudensing Law announced that it has secured a $2.5 million recovery against a multi-facility nursing home chain on behalf of a vulnerable elder who suffered elder abuse while residing in their facility. Among other things, the victim acquired two stage IV pressure ulcers and suffered a broken neck while under defendants’ care.

Mr. Dudensing took over forty depositions in the case and demonstrated that the failures in care at issue were the product of a deliberate corporate plan to maximize profits at the expense of patient care.

March 21, 2011 — Nursing home abuse attorneys from Dudensing Law announced they had secured a $2.5 million recovery against a multi-facility nursing home chain on behalf of a vulnerable elder who suffered elder abuse while residing in their facility.

December 29, 2010 — The plaintiffs in a nursing home elder abuse action venued in Sacramento County have settled out of court with a large nursing home chain for $950,000. The case involved an 86 year old woman who was admitted to a skilled nursing facility for short-term rehabilitation. The facility failed to provide adequate care, failed to follow doctor’s orders, failed to keep her hydrated, and failed to treat a urinary tract infection. The cause of death was septic shock secondary to sepsis and urinary tract infection. Once again, Mr. Dudensing uncovered widespread falsification of records during his prosecution of this case.

October 26, 2010 — Plaintiff secures substantial recovery relating to nursing home’s failure to prevent and properly treat pressure sores Mr. Dudensing has secured a $2 million recovery on behalf of an elder in connection with a facility’s failure to prevent and properly treat multiple pressure sores on the victim’s lower legs and feet. Ultimately, the plaintiff died as a result of these avoidable injuries. The evidence showed that the facility’s failures were the product of a corporate plan by this large nursing home chain to maximize profits at the expense of patient care. “The only thing that these corporate owners respond to is civil lawsuits that hit them in the pocket book. This case is a classic example of how corporate greed caused immeasurable pain, suffering and death to a vulnerable elder,” Dudensing explained.